Electoral models are non-linear and any minimization (of anomalies) must be done by using iterative numerical algorithms. Equally, multiple regression analysis and environmental control variables are vital in electoral calculations and forecasts.

The following from Wikipedia summarises the former Finance Minister Rama Sithanen’s background and education : « Dr Sithanen comes from a modest background, due to poverty he was forced to abandon school to work at an early age. However, later on, young Rama took back his studies and went to London School of Economics to read economics and completed a Bsc (Econ) First Class Honours and a Msc (Econ) with distinction. Later on, during his mandate as Finance minister he obtained a PhD in Politics at the age of 51, while his thesis was 'An examination of alternative electoral systems for Mauritius' from Brunel University. » 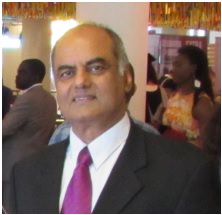 Rama Sithanen should be more properly described as an Economist or an expert in politics (given his PhD is in politics), if there is such an expert as anyone can do politics? Yet, he is not only described in the press as an ‘expert’ on electoral systems simply because he wrote his PhD student thesis on « An examination of alternative electoral systems for Mauritius », but he is also promoting himself as such an expert. This is very misleading, even untrue. A general science student who writes his thesis on nuclear weapons certainly does not make him (or her) an ‘expert’ on uranium enrichment, on the design, manufacture and delivery of nuclear weapons and he cannot go around promoting himself as such. Only fools would listen to such an ‘expert’.

Yet, Rama Sithanen was ‘hired’ by former PM Navin Ramgoolam for such a purpose and Sithanen delivered his January 2012 electoral reform report written in English, but with the following title in French : « Initiative Citoyenne pour une réforme électorale réalisable à Maurice ». His report referred his student thesis as ‘Evaluating and Proposing Electoral Systems for Plural Societies: the case of Mauritius’ and he proposed the removal of the Minority Protection System which is enshrined in the form of the Best Loser System (BLS) in the Constitution, which would mean that the majority community would have to vote for its removal, which is an unconstitutional move in itself. Moreover, BLS was a condition for independence. Minorities cannot be protected unless they are identified by law. Yet, Sithanen included the names of former Chief Justices Rajsoomer Lallah, Sir Victor Glover, Bernard Sik Yeun and several eminent lawyers in the list of persons he had met as if they gave him a ‘judgement’ on the constitutionality of removing the BLS from the Constitution.

Rama Sithanen’s report is equally littered with flaws which he keeps repeating over several years through media saturation in the hope that Mauritians would be brainwashed in the process.

Former PM Navin Ramgoolam admitted that Economist Rama Sithanen only wrote his 2012 Electoral Reform piece after taking cognizance of the jurists Sachs & Carcassonne reports on electoral reform for Mauritius. Therefore, Rama Sithanen clearly did not produce an inspired piece. In fact, he borrowed several ideas from Sachs & Carcassonne and copied several of their own serious failings, rehashed them and produced the worst of all. Even where he criticised Carcassone for using the Spanish model (p3), he contradicted himself by looking at the « Outcome of elections in Spain 1979-2011 » and said « The same phenomenon could very well happen in Mauritius » (pp.12-3). 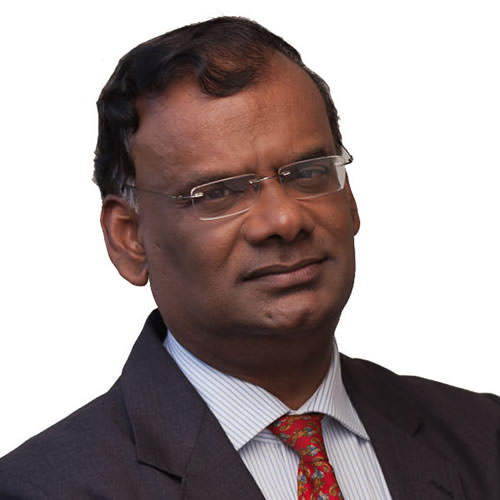 1.     Rama Sithanen proposed to abolish the BLS. He later calls that to “deethnicise” the electoral system, a word which does not exist in the English language.

2.     He proposes to “subsume” BLS in party lists without demonstrating how political parties will identify the candidates from minority communities. To use his invented term, is he not trying to ‘ethnicise’ party lists? But party leaders tend to recruit candidates who are more likely to attract votes and more likely to fill their coffers. Although anyone can join any party, only the leader chooses candidates for elections. Party lists also tend to be a source of corruption.

3.         He misuses the term « ethnic », a term which refers to non-white minorities in a white-majority country. The white minority in South Africa, for example, is not referred to as ‘ethnic’.

4.     He proposes 20 PR seats in addition to the 62 FPTP seats, but does not demonstrate how he obtained those 20 seats. He proceeded to measure « unfairness in electoral systems » (p.62) through the use of the Least Squares Index (LSq) formula which measures the disparity between the distribution of votes and the allocation of seats, then he goes on to say « What degree of deviation constitutes a fair Parliament is a matter of judgement » (p.62). He just refers to lots of data to impress people but with no analytical results emanating from the data since he is using bias judgement.  He even produced a d’Hondt formula which he applied wrongly by using percentage of votes (rather than the actual votes) which he divides by the number of seats (rather than a fixed series of numbers) plus one (p.102). Why plus one?

5.     He also proposes, again without demonstrating how, a 10% of the national vote for any party to be eligible for PR seats. In other words, he is in favour of large parties and for the decimation of small parties.

6. Rama Sithanen is not measuring how minorities can be adequately represented. Nowhere has he formulated any function for what he set out to measure. For example, Gross National Product (GNP) = f (monetary and fiscal policies, inflation, capital spending, imports, exports, error), (ref. Forecasting Methods and Applications, Third Edition, by Spyros Makridakis, Steven Wheelwright & Rob Hyndman, p.54). His thinking is not only linear but inaccurate and misleading. Electoral models are non-linear and any minimization (of anomalies) must be done by using iterative numerical algorithms which he has not used. He has not identified either the dependent or the independent variable in each case. He has not used multiple regression analysis nor used environmental control variables which are vital in electoral calculations and forecasts. He is grossly misleading the Mauritian people.

In a process of ‘sithanenising’ the electoral system, Rama Sithanen is being given so much media coverage even when he admits that what he is proposing is « not devoid of flaws », to the horror of right-thinking Mauritians. Critics argue that Sithanen is targeting mainly the Muslim minority, which makes up around 18% of the  population.

No wonder Sithanen finds favour with the anti-BLS political party Rezistans ek Alternativ, led by Ashok Subron. This party put forward candidates at previous elections and, through civil disobedience, its candidates wilfully refused to select either a way of life community or the residual community under the electoral laws, which resulted in their candidacies being rejected. They took the matter to court all the way to the Privy Council which threw out their case since they were trying to challenge the constitution through the backdoor. However, the Privy Council Judges advised that if the party wanted to challenge the Constitution, it should do so before the Supreme Court first. So, Rezistans ek Alternativ lodged a case against the government to have BLS declared unconstitutional. But this does not mean that the Supreme Court or the Privy Council would agree. The BLS is perfectly legal and has been so for the last 50 years. A candidate who does not wish to identify himself/herself as Hindu, Muslim or Sino-Mauritian by way of life can easily choose the residual category General Population where way of life does not apply. One therefore wonders what the case of Rezistans ek Alternativ is all about if not a propaganda attempt to feed the anti-BLS movement. Their case looks like an abuse of the process of the court to bring political pressure to bear on government.

Minority Protection in the form of BLS is rightly enshrined in the Mauritian Constitution. The UN Charter includes Minority Rights and strives to ensure that their rights are protected. As such, those minorities have to be identified and recognised by law. For this system to be fair, Mauritius has to update its census figures every 10 years rather than rely on an outdated 1972 census figures. Minority protection is the duty of government. This duty cannot be shifted to corruptible political parties with equally corruptible party lists. The BLS was the safeguard agreed by all political parties which paved the way to independence and the Hindu majority, in whose favour the First Past The Post (FPTP) system is skewed, has no right to remove this minority protection as it undermines both the country’s independence and its Constitution. There are other safeguards in the Mauritian Constitution which cannot be removed, such as the right to liberty, to freedom of association, to freedom of religious belief.

DISCLAIMER: Iqra News is a platform that welcomes everyone to freely express their views in order to foster social debates. However, Iqra news does not necessarily endorse those views.