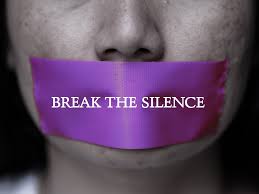 Lately, domestic violence is on the rise. Almost everyday, a woman is being abused, tortured, humiliated or simply killed. Such barbaric atrocity is being committed by none other than their own husbands. Yes, you read that well, their own husbands!

In fact, a husband should give care, affection, peace, love and protection to his wife and not brutality and death, right? Then how come, in most marriage nowadays there is brutality be it physically or mentally? What could lead those couples to fight in such a way that to kill is the only option? How come in just a fraction of a second you have the heart to kill the one with whom you have promised to stay, cherish and protect forever?

It seems so impossible but sadly, it's a fact. On Tuesday 10 September,two kids went to the police station to ask for help to save their mum but arriving at the house, the body of Shabneez Mohammed, 35 years old. was found on the bed. She wasn't strong enough to fight her attacker who in fact is the father of her kids. They concluded that jealousy and misunderstanding lead to this crime. Seriously, is it even a valid reason to remove the life of this innocent person? So young, she wanted to see her kids grow up, she probably wanted to live life at that age but now it's too late. What about the culprit? He is eating, drinking and sleeping everyday even though he is in prison! As for the kids, this is probably the hardest part of their life. Would they ever forget this tragedy? Will they be able to forgive their dad? Only God knows.

Another similar tragedy. Marie Sorenza, 23, was found dead in her bathroom on Thursday, 10 October. She was stabbed to death by none other than her lover. Her body was abandoned in the bathroom for almost three days. This young lady was always abused by him but her heart always brought her back to him. She was unable to leave him and she wanted to make her relationship works. That was probably her mistake...or maybe not. Anger and jealousy made him do this horrible crime! Where was his humanity at the time he was beating her? Where was his ears, was he deaf?? Couldn't he hear her cries? Only a heartless person would be able to do that. Her small fragile body was so injured that she couldn't bear it and she died. Now, her youth, her smile, her laughter, all are gone.

Yet another case. Sheena, 24, was killed by her ex on November 11 - again jealousy, possessiveness lead to this horrendous crime. It doesn't stop here! Far from it, there are cases where everyday the husband bullies with vulgar words at his wife. The lady bears all that and keeps it inside until she decides to either get out or to commit suicide. The easiest solution for many women is to accept and to bear because they are afraid to leave especially those who have kids. Many remain silent as they don't have any support. They are scared of how society or family would treat them. Some have hope that their husbands would change. Others are by far too depressed to get out and to make a move. Personally, to kill because of jealousy or anger isn't a valid reason at all. If you have by accident fallen for someone else, if a marriage is already broken then no need to force it to work out. Let the person go and live your life. Do not let anger control you as well. If you find yourself in that state, just leave and go. There is life out there. Women should also learn how to defend themselves. Stop being scared, start by making a move. Do not let anyone belittle you ladies. You can work and take care of your kids on your own. You don’t need to be a slave forever.